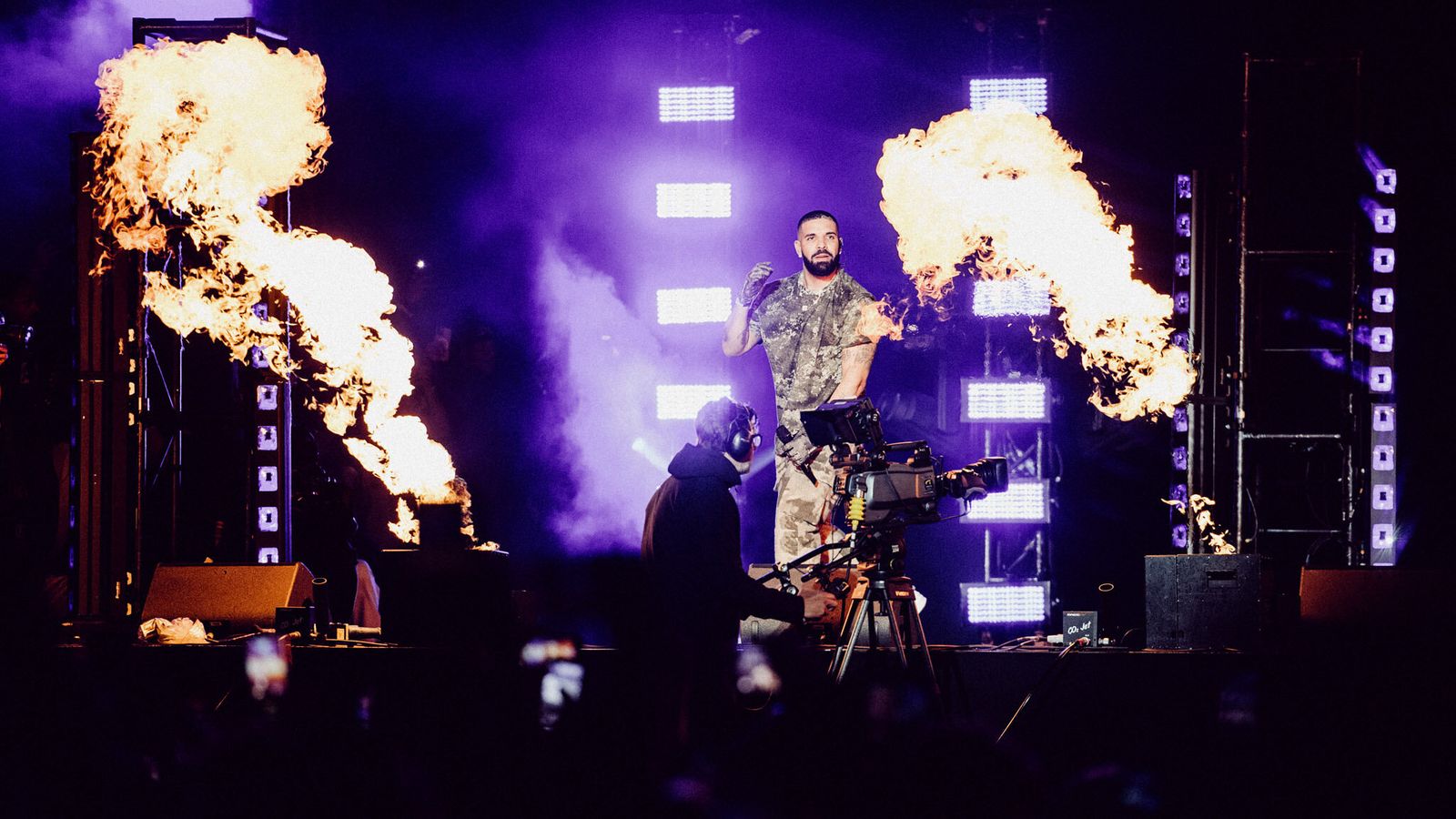 Drake has made a surprise appearance at the Wireless Festival in London.

The impromptu performance came after his album Certified Lover Boy shot to No 1 in the charts.

He appeared on stage alongside Future, Friday night’s headline act, for a five-song set – performing their collaboration Way 2 Sexy live for the very first time.

This was the Canadian rap superstar’s first major concert appearance since before the pandemic began.

As the 34-year-old emerged, the words “Hey Wireless, the boy is home” flashed on the main stage’s screens.

Drake – whose real name is Aubrey Graham – told the crowds at Crystal Palace: “I would not have wanted my first show back to be anywhere other than Wireless.”

Certified Lover Boy is Drake’s fourth No 1 album in the UK, and he managed to see off competition from Iron Maiden to get to the top spot.