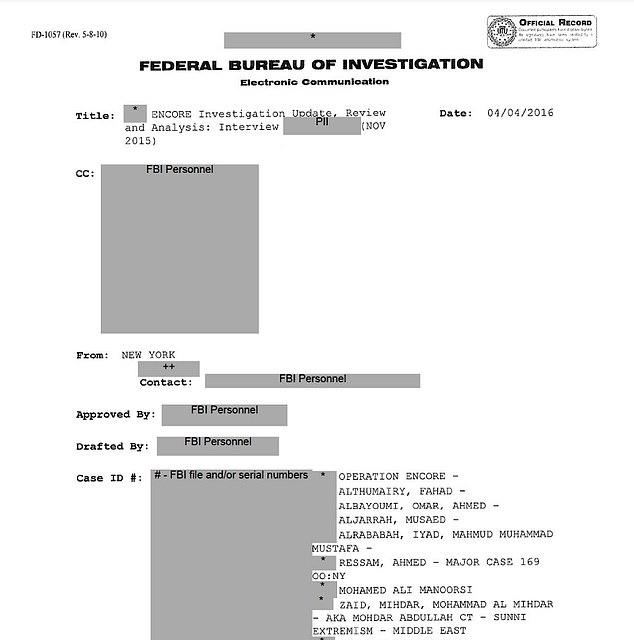 The FBI has released its first declassified 9/11 document exactly 20 years after the deadly terror attack which claimed the lives of 2,996 people.

The document was published Saturday evening, a week after President Biden signed an executive order directing the agency to make the secret files available to the public for the first time.

The order to release the documents came amid significant pressure from the families of 9/11 victims, who are eager to probe potential Saudi government links to the attack.

The FBI file that is significantly redacted details a 2015 interview with an official who worked at the Saudi Consulate in Los Angeles.

He admitted allowing two hijackers to use his apartment, helped them travel around LA, was found to be an al-Qaeda ‘facilitator’ by the FBI and the Saudi Consul General wanted to fire him for distributing extremist Muslim literature.

The official, who is only referred to as PII and who applied for US citizenship in 2015, is thought, to be Mussaed Ahmed al-Jarrah who worked at the Saudi Consulate in Washington, DC.

Al-Jarrah’s name was accidently left unredacted in separate court papers penned by an FBI official. However, he has vigorously denied any involvement and insists he did not know any of the hijackers.

Of the 19 hijackers on board the four doomed 9/11 planes, 15 were Saudi nationals.

Last Wednesday, Saudi Arabia released a statement maintaining its innocence, saying ‘it is lamentable that such false and malicious claims persist’.

The FBI has released its first declassified 9/11 document exactly 20 years after the deadly terror attack. The document was published Saturday evening, a week after President Biden signed an executive order directing the agency to make the secret files available to the public 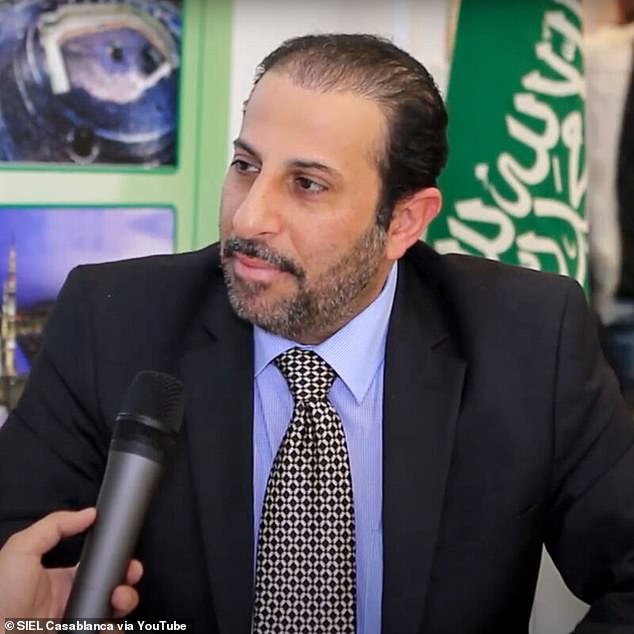 It is theorized PII may be Mussaed Ahmed al-Jarrah, who  worked for a time at the Saudi Consulate in Washington, DC. However, he has vigorously denied any involvement and insists he did not know any of the hijackers

According to the FBI’s newly released document, ‘PII was forthcoming with numerous specific details regarding hi … employment with the Consulate of the Kingdom of Saudi Arabia in Los Angeles, [and] anecdotes of personal interactions with Consular leadership.’

During his FBI interview, PII described his duties at the Consulate ‘providing assistance to Saudi college students studying in the US, providing translation assistance, executing administrative tasks, and distributing literature on Islam’.

Interestingly, the FBI notes that the two hijackers PII is suspected of helping originally traveled to the US as college students.

The hijackers are identified in the document as Nawaf al-Hazmi and Khalid al-Mihdhar. Both of the men were on board American Airlines Flight 77 when it crashed into the Pentagon on September 11. 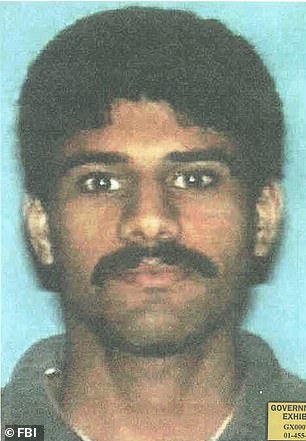 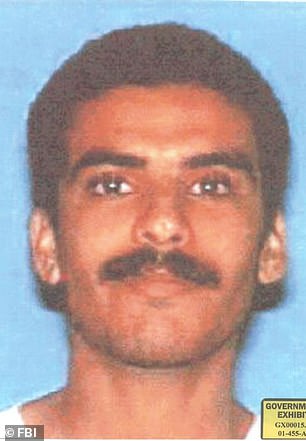 PII was suspected of helping hijackers Nawaf al-Hazmi (left) and Khalid al-Mihdhar (right). Both of the men were on board American Airlines Flight 77 when it crashed into the Pentagon on September 11 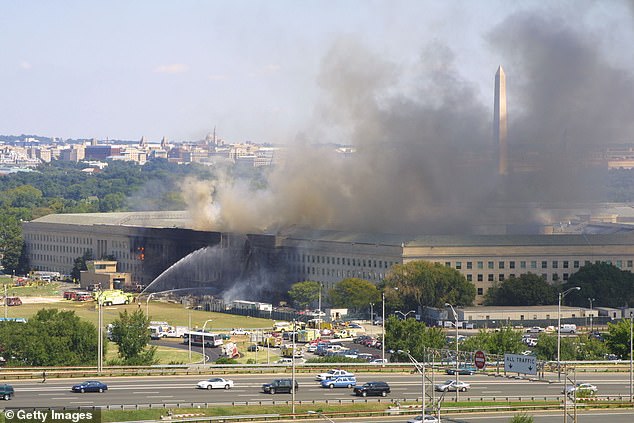 55 military personnel and 70 civilians were killed when Flight 77 crashed into the Pentagon. Nawaf al-Hazmi and Khalid al-Mihdhar were two of the hijackers on board the plane

The pair were reportedly already long-time affiliates of al-Qaeda with extensive fighting experience, and were chosen by Osama bin Laden to be a part of the ambitious 9/11 terror plot.

The FBI document states that PII admitted showing al-Hazimi and al-Mihdhar the location of a Mediterranean restaurant in Los Angeles that was frequented by others suspected of providing logistical support to the terrorists.

PII ‘denied being tasked to do so’ and stated that he simply ‘assisted al-Hazimi and al-Mihdar because he is a good Muslim and helping two new students in town is the Muslim way’.

The document also appears to imply that PII even had his own sister move out and stay with another sister for a couple of weeks ‘because he was having al-Hazimi and al-Mihdhar stay with him’.

Meanwhile, the newly-released document – which is heavily redacted in one part – seemingly states that PII may also have ‘worked as a facilitator for the Armed Islamic Group (GIA) and was associated with members of the Salafist Group For Preaching and Combat.’

It importantly notes that GIA and the GSPC ‘have evolved into al-Qaeda in the Islamic Maghreb’.

Additionally, sources allegedly told the FBI that PII was ‘very very vocal against Christians, Jews and enemies of Islam.’

Another stated that ‘the Saudi Consul General in LA wanted to fire PII for storage and and distribution of extremist Muslim literature at the consulate’.

It is unclear whether PII was ever granted US citizenship following his 2015 interview with the FBI, or whether he is still connected to the Saudi Consulate. 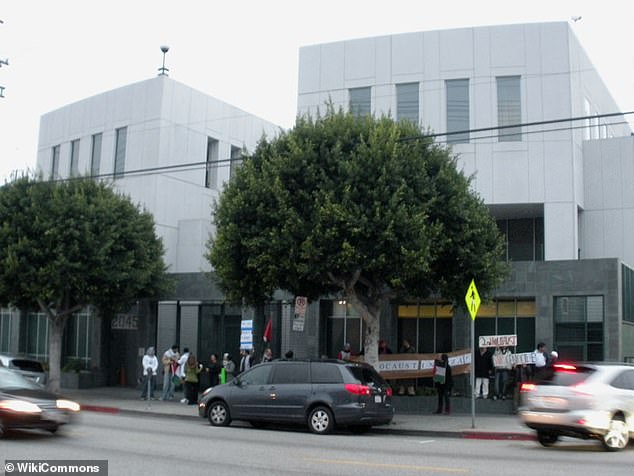 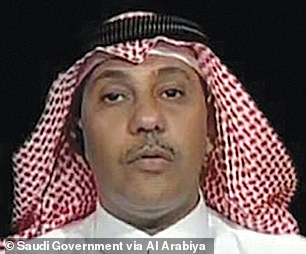 PII was an associate of Omar al-Bayoumi, who admitted to befriending the two hijackers before 9/11

The newly-released document also states that PII was an associate of Saudi man Omar al-Bayoumi.

Al-Bayoumi has previously admitted to befriending al-Hazimi and al-Mihdhar, but denied ever working officially with them as part of a terrorist plot.

Documents declassified in 2016 reveal that the FBI believed back in 2003 that it was ‘possible that al-Bayoumi was an agent of the Saudi Government and that he may have been reporting on the local community to Saudi Government officials’.

He has also been described as a ‘suspected Saudi intelligence agent’.

Al-Bayoumi was arrested in London the week after the September 11 attacks and his phone calls and bank accounts were researched before he was released without charge.

The final 9/11 Commission report, published in 2004, concluded that there ‘was no credible evidence that al-Bayoumi believed in violent extremism or knowingly aided extremist groups.’

However, the newly-released document appears to say otherwise, and reveals that he had odd ties to the two terrorists.

The report also states al-Bayoumi’s ex-wife told him they were ‘at Jihad’.

Interestingly, in his 2015 interview, PII recalled al-Bayoumi receiving special treatment at the Saudi Consulate in LA prior to the 9/11 attack.

According to the newly-released FBI document: ‘PIl described al-Bayoumi as a Saudi citizen treated with great respect inside the Saudi Consulate, well regarded by Consulate personnel who held a ‘very high status’ when he entered the building.

He alleged that stated al-Bayoumi’s status was even higher than many of the Saudi persons who were in charge of the Consulate.

The reason for his high status among Saudi officials remains unclear.

al-Bayoumi told investigators in 2003 that ‘he came to the US to study work for a Saudi aviation company named Dallah AVCO. Regarding his employment, however, witnesses at AVCO described him as a ‘ghost employee’ who was ‘one of approximately 50 individuals paid at the company who did not show up for work’.

It is reported that al-Bayoumi now lives back in Saudi Arabia.

PII was also ‘a close associate of Fahad al-Thumairy – ‘a hardcore, militant individual who supported the events of 9/11’ and had ‘had an office in the Saudi Consulate 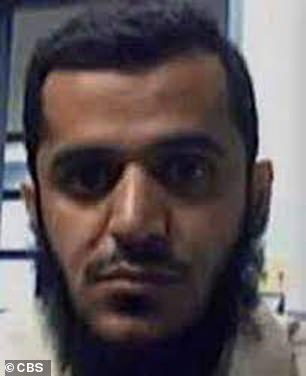 Al-Thumairy was reported to the the Imam of the King Fahad Mosque in Los Angeles.

Interestingly, al-Thumairy also served as an administrative officer at the Saudi Consulate and had an office there.

The newly-released document also notes that al-Thumairy held extremist beliefs and was ‘removed from his mosque for un-Islamic activity’.

He reportedly left the United States just before the September 11 attacks.

However, in his 2015 interview with the FBI, PII admitted to still being in contact with al-Thumairy. His current whereabouts has not been disclosed.

The families of roughly 2,500 of those killed, and more than 20,000 people who suffered injuries, businesses and various insurers, have sued Saudi Arabia seeking billions of dollars.

However, newly-released FBI document does not confirm claims Saudi Arabian officials were involved in the planning of the September 11 attacks.

But a statement on behalf of the organization 9/11 Families United, Terry Strada, whose husband Tom was killed on Sept. 11, said the document released by the FBI on Saturday put to bed any doubts about Saudi complicity in the attacks.

‘Now the Saudis’ secrets are exposed and it is well past time for the Kingdom to own up to its officials’ roles in murdering thousands on American soil,’ the statement, published by Reuters, read. 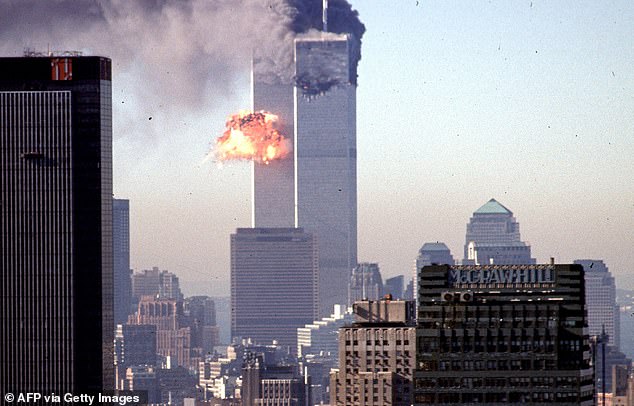 Biden’s executive order for the FBI to release the files  came amid significant pressure from the families of 9/11 victims, who are eager to probe potential Saudi government links to the attack. Saudi Arabia has maintained their innocence 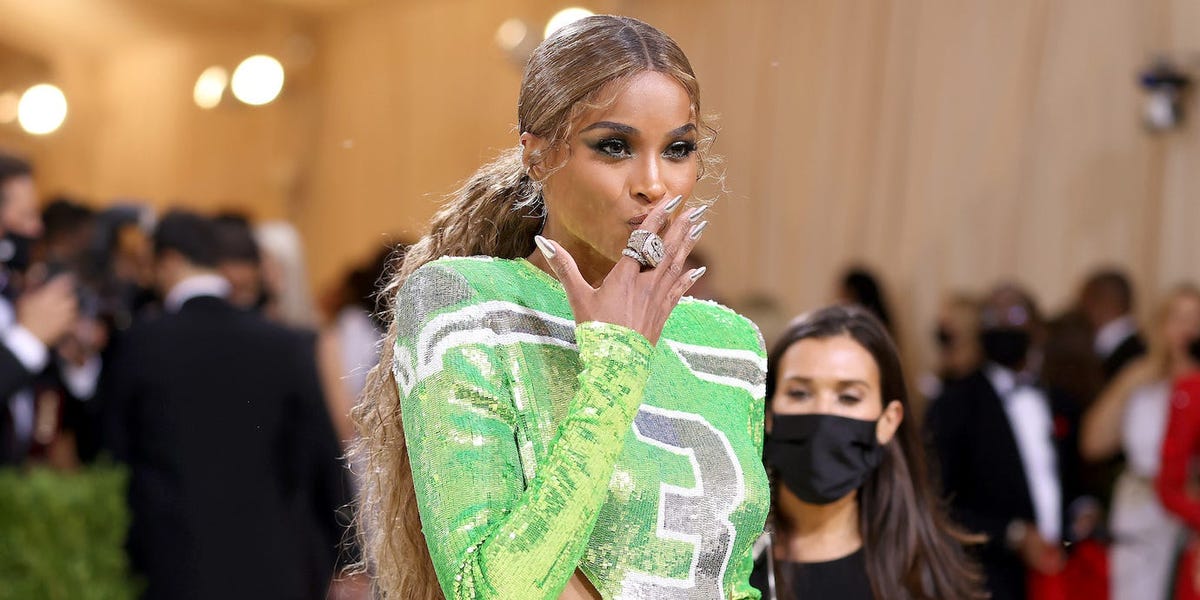 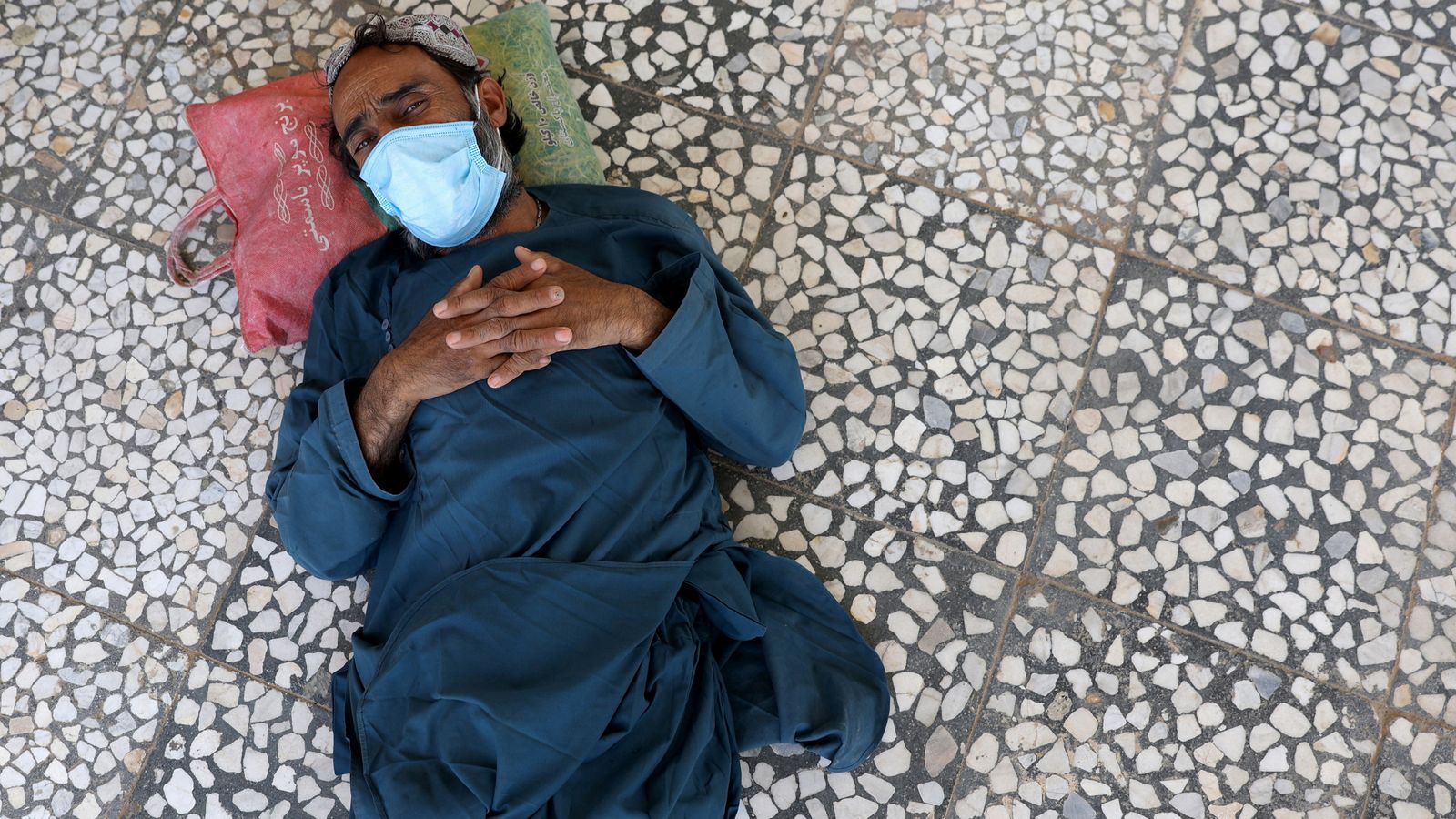 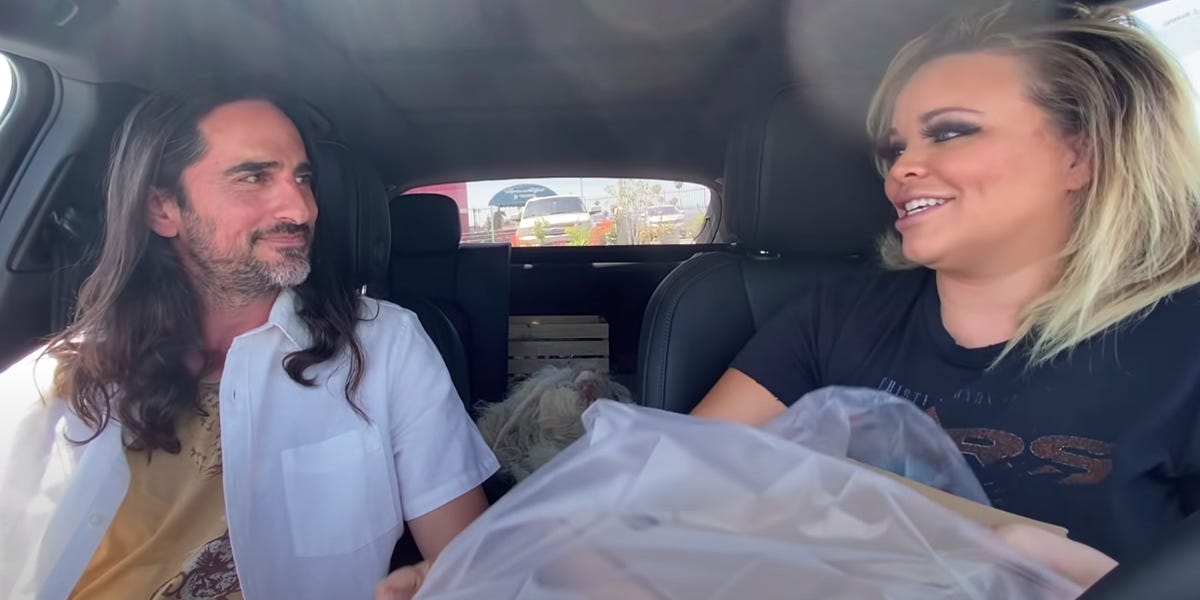 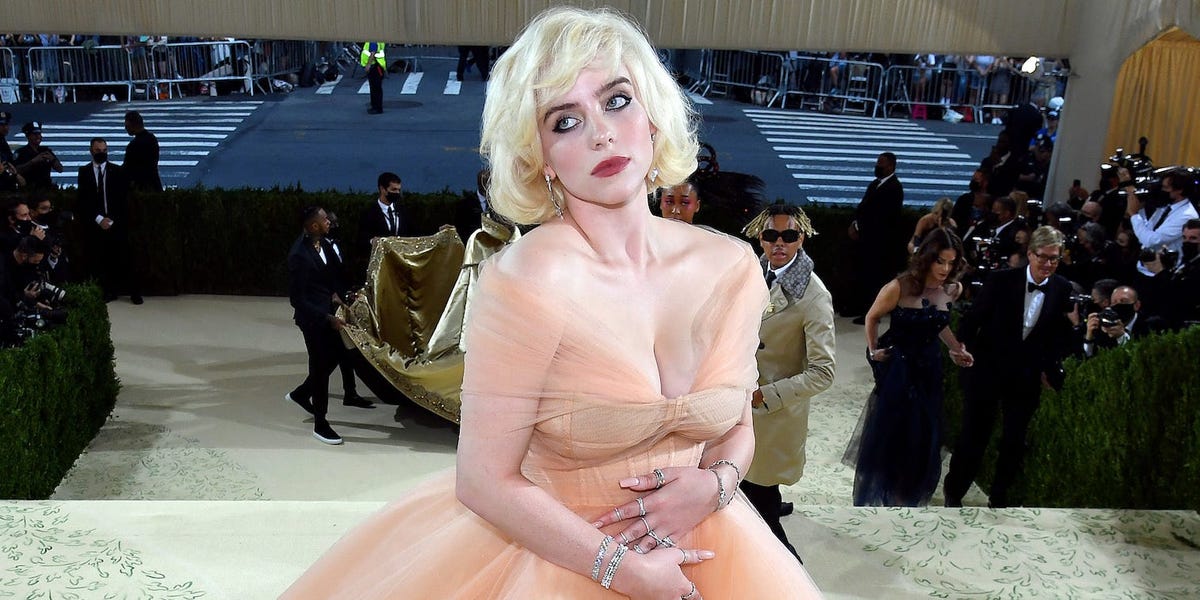 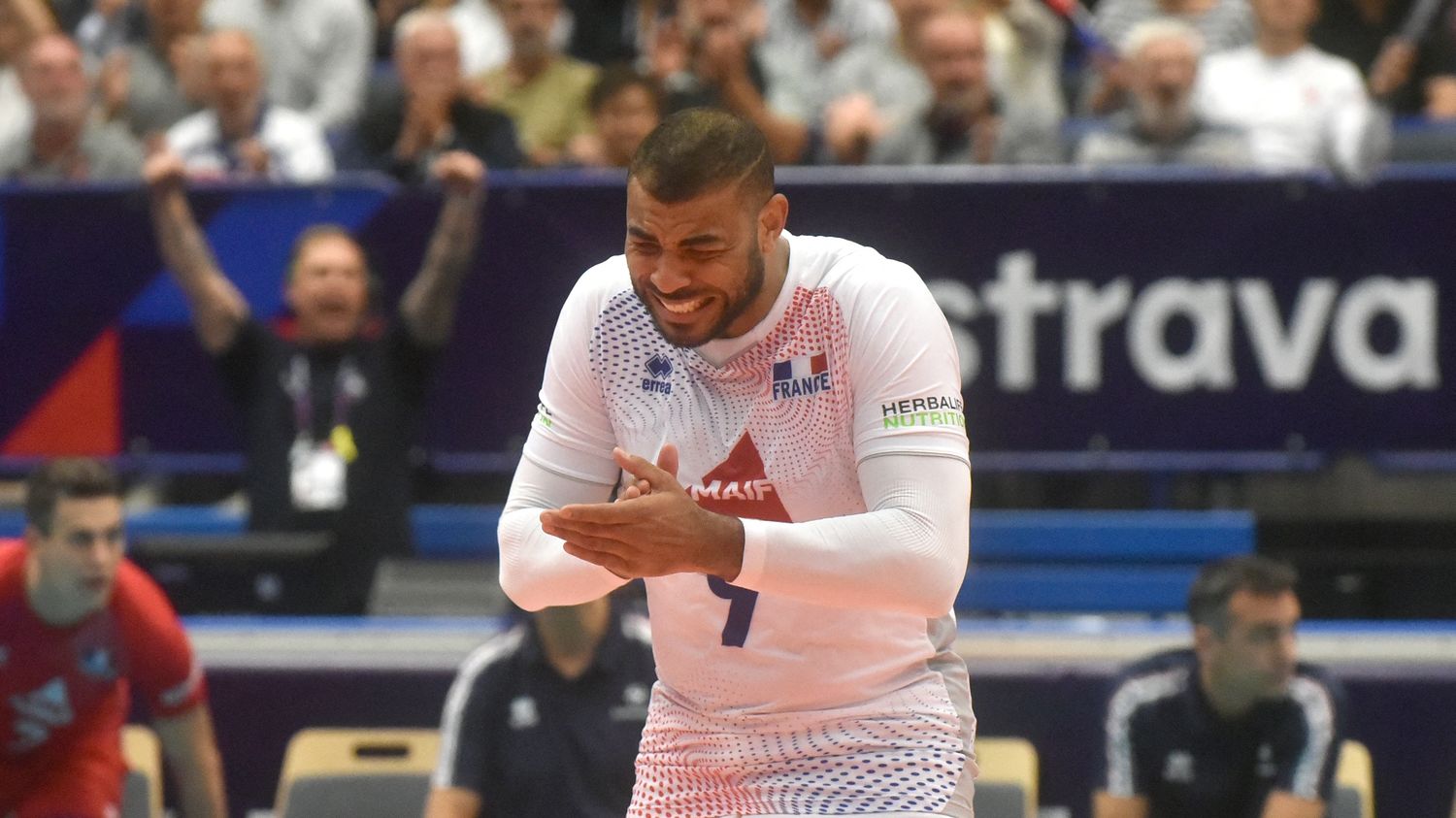 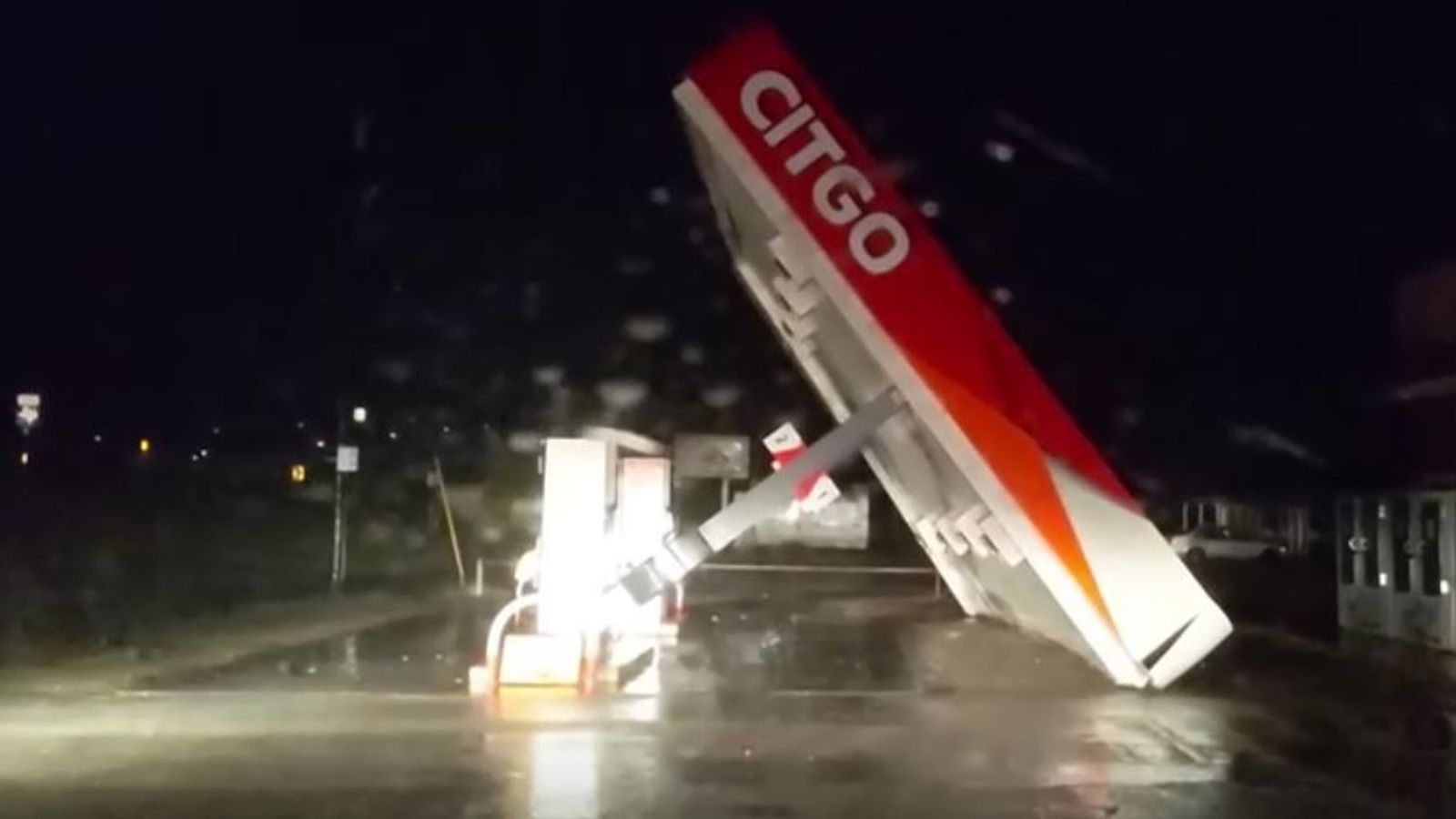 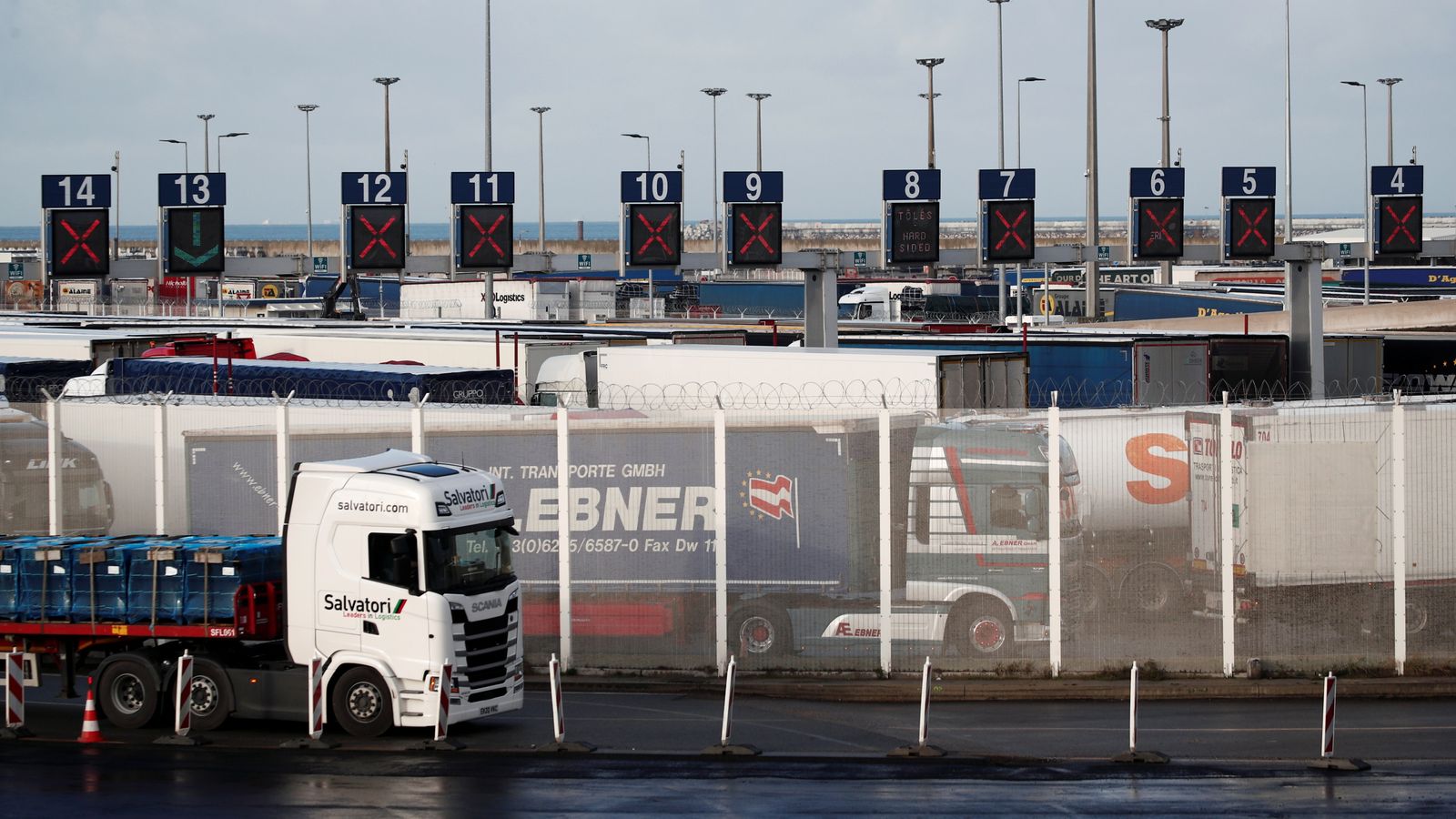 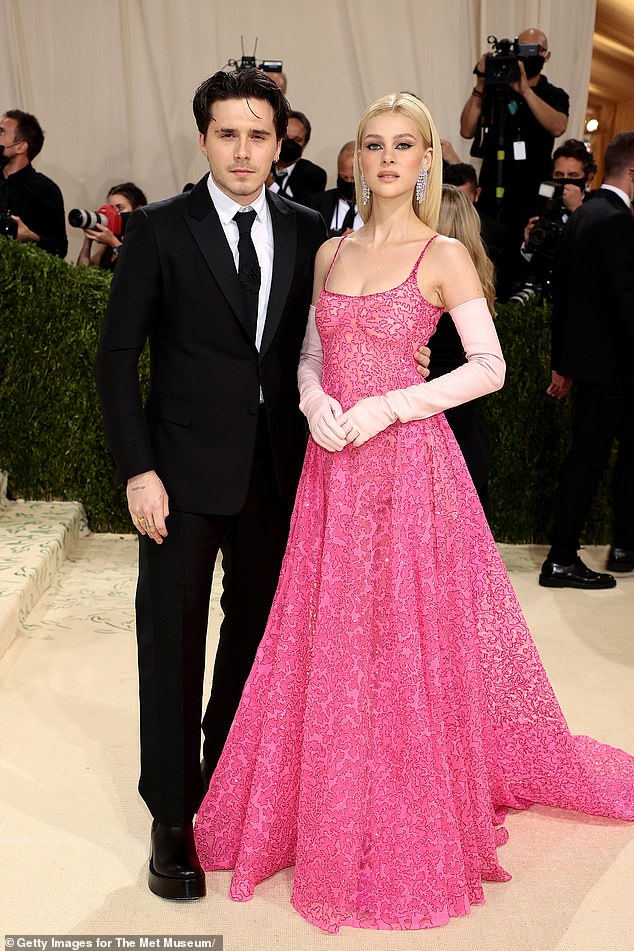 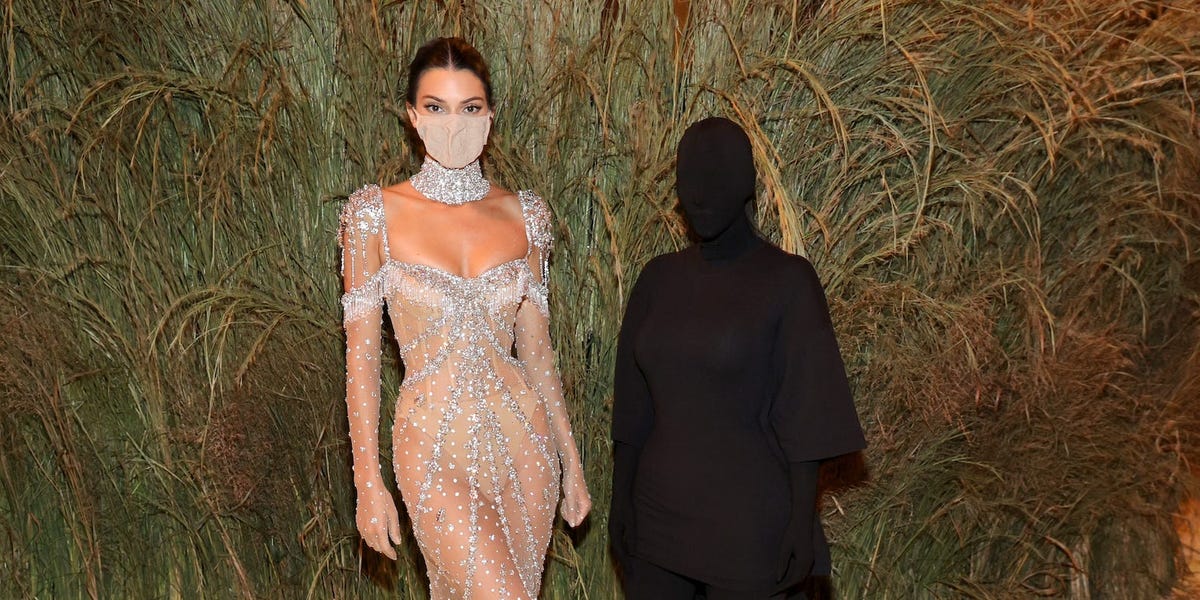 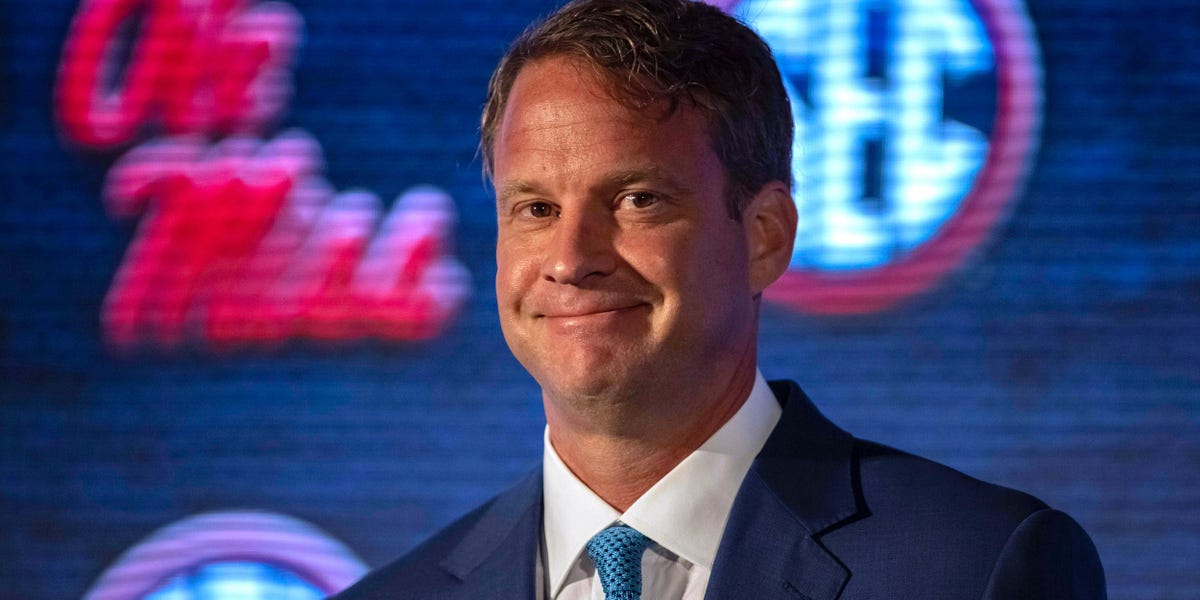