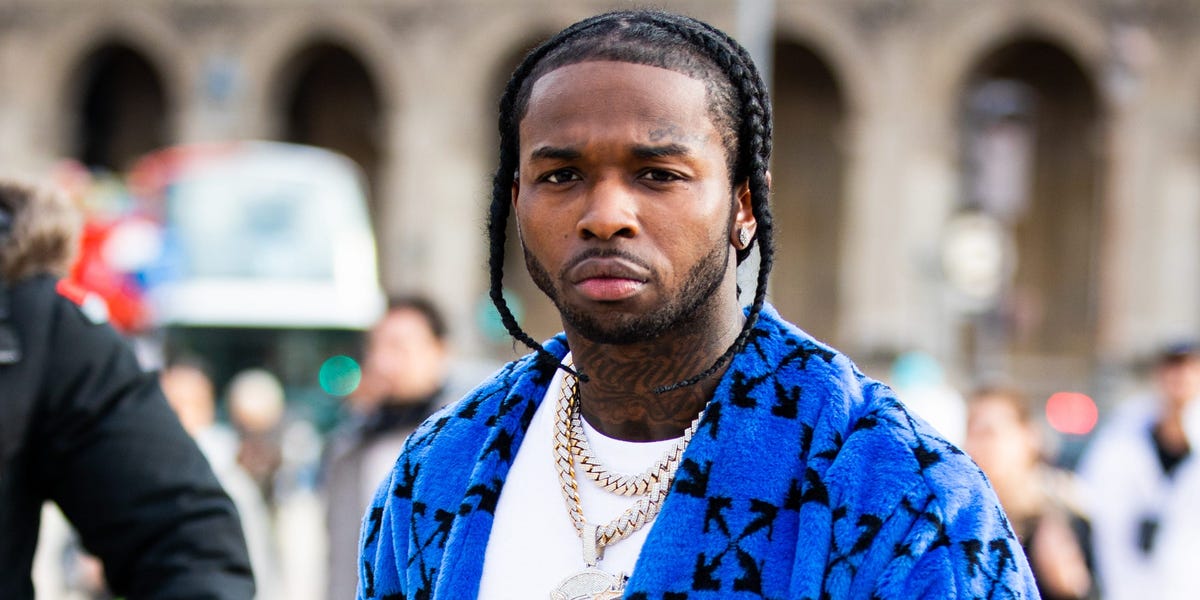 The gravesite of rapper Pop Smoke was discovered smashed and damaged at the Green-Wood Cemetery in Brooklyn.

Photos published by TMZ showed the crypt’s marble plaque cracked with pieces of debris the left nearby.

Pop Smoke, whose real name is Bashar Barakah Jackson, was killed in February 2020 during a home invasion in the Hollywood Hills. He was 20.

According to the outlet, the “Dior” rapper’s crypt appeared to be singled out and was the only one that sustained damage. TMZ reported that drag marks were also spotted at the scene, suggesting vandals may have attempted to pull something out.

Law enforcement confirmed to TMZ that NYPD officers responded to the scene on Saturday after an employee discovered the crypt and called police.

Authorities are investigating the incident, which they said took place between 2:30 pm on Friday and 2:00 pm on Saturday.

TMZ reported that there were no cameras in the area to catch the incident. Authorities have no suspects and have not yet made an arrest.