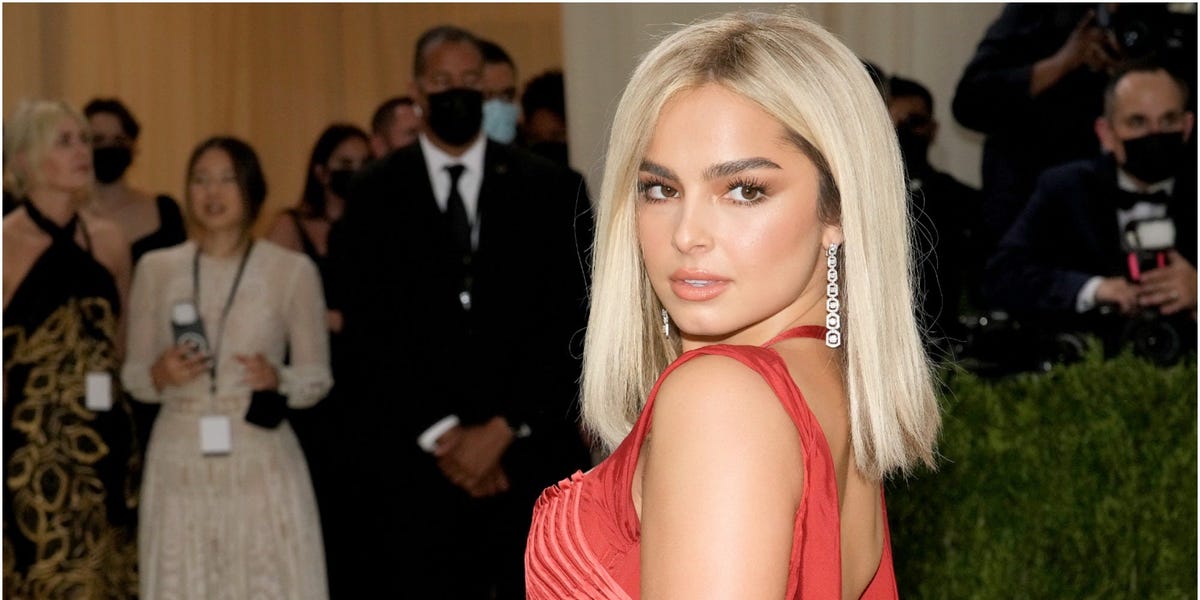 Addison Rae wore a vintage Tom Ford for Gucci gown from 2003 to her first Met Gala.

Addison Rae Easterling, better known as Addison Rae, matched a red dress with a bright blond lob for her first Met Gala appearance, where the theme was “In America: A Lexicon of Fashion.”

The TikToker, who has a following of over 84 million on the platform, has recently turned to acting. She has just starred in the

Netflix
movie “He’s All That” — a gender-swapped remake of the noughties rom-com — and signed a multi-film contract with the company.

Rae, 20, kept quiet over whether she would be attending the event this year. She did not confirm or deny her invite when a fake seating chart swept across the internet in August, spurring memes and mockery.

“I’m shaking in my boots,” Rae said on the red carpet. “I don’t have boots on, but still.”