Why Were Rugby Balls Originally Made With Pig Bladders? 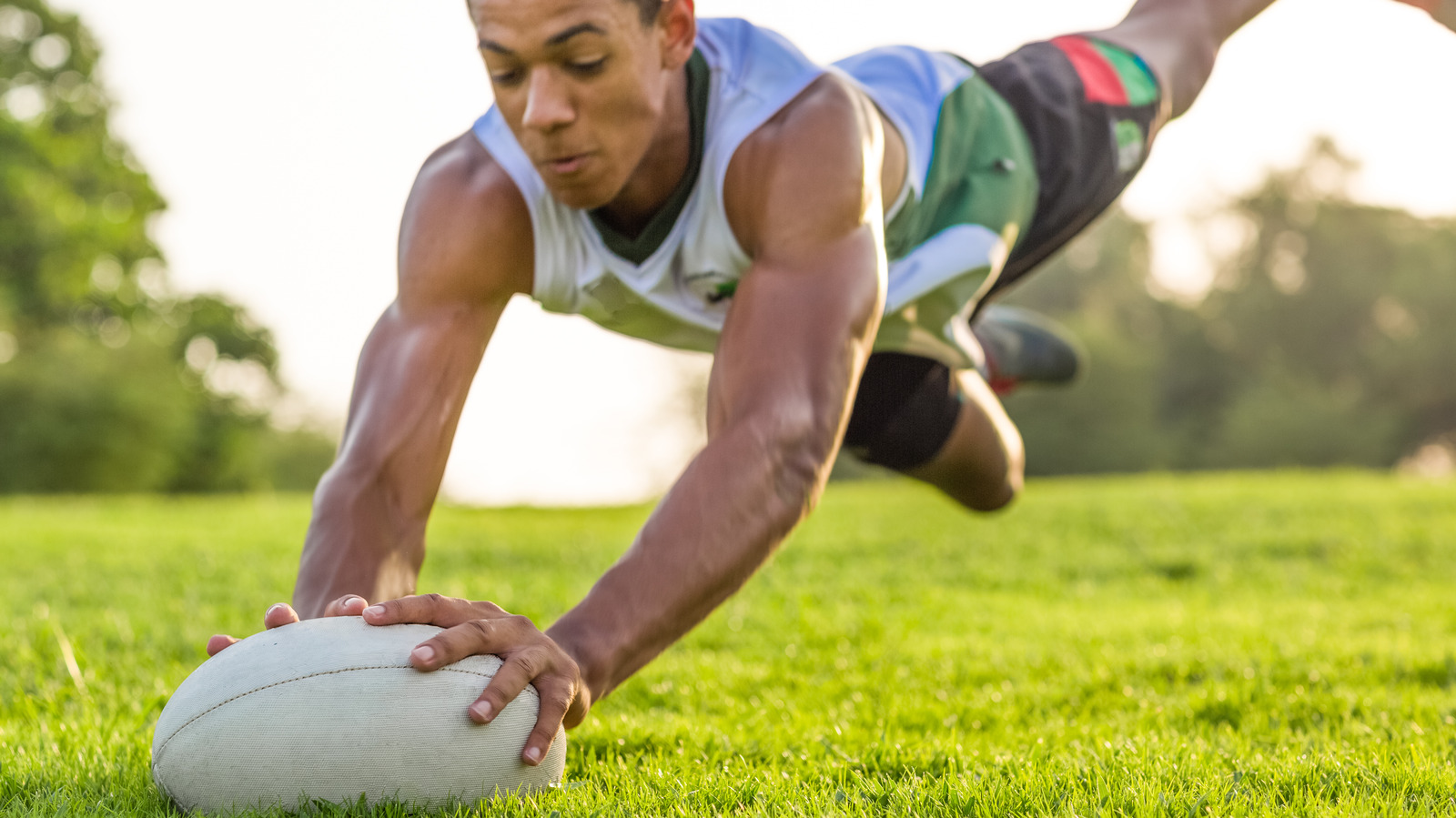 The town of Rugby, England, is where the sport gets its name, and it’s also where the idea of the pig bladder rugby ball started. Although the Gilbert Rugby company is credited with some of the first designs of the oval-shaped pig bladder rugby ball (via World Rugby Shop), other sources say it was both Gilbert and local leather bootmaker Richard Lindon who supplied equipment to the local Rugby School along with Gilbert’s competing shops (via Rugby Football History). Although it’s unclear when it was officially invented, several sources claim the mid to late 1800s, while Gilbert’s site says (via Gilbert Rugby) that the “fame and reputation” of Gilbert Rugby balls was “growing” by 1851, with awards won in 1851 and 1862.

Regardless of their creator, these pig bladder balls were encased in leather for durability, and the bladder itself was inflated by lung power alone through a clay valve before being knotted at the end (via The Guardian). William Gilbert was famous for his lung power back in the day, but despite the impressive feat, one could imagine the complications involved when the only protection between the inflator’s mouth and an animal’s bladder was a small tube.